Have you seen the new FBI TV series on CBS? The show spares no details when it comes to showing what the chip-off data recovery process looks like.

We should know! The show uses footage from one of our own chip-off data recovery YouTube videos.

When CBS contacted us a few months ago about the possibility of using clips from one of our YouTube videos, we were excited but unsure about how they would use it. It wasn’t until we saw the pilot episode for the first time on TV that we learned a few clips from our video had actually made it into the final cut of the show.

See how our footage appears in the show! Check out the pictures below or watch the FBI clip. 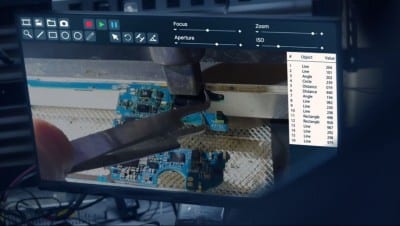 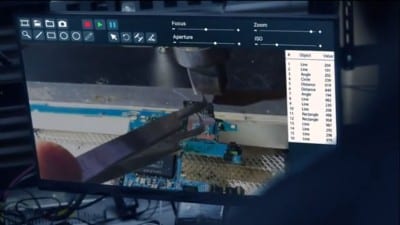 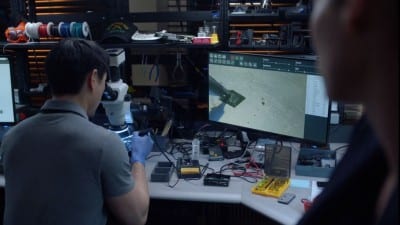 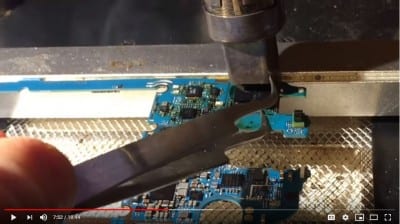 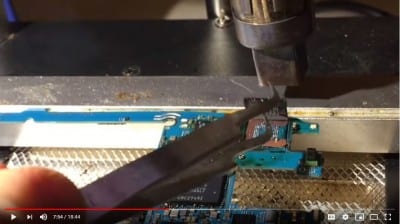 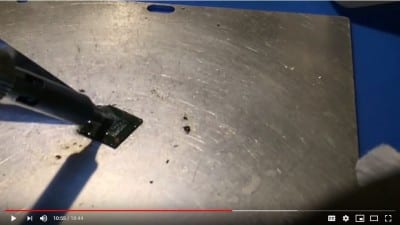 In the scene, FBI employee Ian Lentz attempts to recover data from a badly burned mobile phone found after a bomb explosion. Ian explains, “We have a process called chip off, but with evidence this damaged, Bureau likes the lab at Quantico to do it.”

When Ian is asked how good he is at chip off, he simply replies, “I taught the guys at Quantico.”

Ian works on the phone slowly and carefully while a couple of FBI agents stand by and watch. When one of the onlookers asks how long it’s going to take, Ian responds, “If you knew how delicate this was, you’d be amazed at my speed.”

In a relatively short amount of time, Ian removes the chip from the phone, cleans it up, and is able to extract everything from it.

After a bomb explosion devastates a residential apartment building, special agents Maggie Bell and Omar Adom ‘OA’ Zidan of the New York office of the Federal Bureau of Investigation investigate a possible war between rival gangs – that is, until their prime suspects are discovered brutally murdered.

From Dick Wolf and the team behind the Law & Order franchise comes an eye-opening new procedural about the inner workings of the New York office of the FBI, bringing to bear all the Bureau’s skills, intellect and mind-blowing technology to keep New York and the country safe.

It is a surreal experience to play the hands of the FBI’s best data recovery expert in a TV show on a major news network. And while we are excited to share it, we would be remiss if we did not thank our thousands of customers for making this possible and for helping us do what we truly love – reconnecting people with their lost data. So thank you for your support and for trusting us with your data!